A lot of Interesting talks

The conference started on Friday. There were several professional training tracks and one track with talks. Although I am involved into PKI and certificates with Linux for a while, there is always something new, some other aspects, different angles to find. So now I got some insperiation where to look at by the “Linux PKI System Parts” talk. How new junior developers could be integrated into your team was elaborated on in “They don’t make ’em like they used to: Integrating Junior Developers into your team“.

On Saturday there were five parallel tracks and it was sometimes difficult to decide where to go.

I have not been looking actively into Samba for quite a while. I know Samba started with Heimdal kerberos. Back then this was a petty, since Heimdahl would not play nicely with 2FA. The MIT Kerberos allowed to pass the Authentication Request to a RADIUS server thus adding 2FA into the kinit process. I talked about this in 2013 in my Kerberos talk. Well, in Columbus I learned in the Samba talk, that you can run Samba > 4.7 also with MIT. Welcome 2FA!

Although I am not a DB admin I like to hear talks about databases – hoping to learn something. Most of the time I learn, that I am really no DB admin 😉 The talk about “Slow MySQL database session analysis” gave a lot of entertaining insights, how you could find slow database queries in large setups, so you would know, where optimization has to occur.

The talk “Personal Online Security, Privacy, and Password Management” was filled with distinct tips and and tricks what to do and which tools to use to improve your personal online security. A lot to digest!

The last talk of the day “Beyond Zero Trust” addressed the same topic but in a more general or maybe even philosophical approach. Some good thinking to conclude the day.

A lot of interesting talking

In between talks, during lunch at the hang out time in the evening the time was filled with a lot of personal talking. I have been to the Ohio Linuxfest the first time but felt very at home. Because everywhere people were interested in exchanging ideas and communicating. To me this was really distinctive compared to other conference I have been in the U.S., Germany, The Netherlands, Austria or Denmark. I have got dry lips during these days. This never happened on Linux conferences before (Might be the air condition 😉

I also liked the organization a lot. Speakers were greeted warmly and the night before the conference. The organizers always took care, that you would know where to go… even after the official hours (Thanks Warner! 😉

The venue in the Hyatt Regency Hotel is a very good spot. Diner, lunch and the cocktail bar is outstanding. And this is maybe the point: You do not have to worry about life support issues. So there is a lot more time for talking.

A big thanks to the OLF staff! I can only recommend the Ohio Linuxfest to anyone! 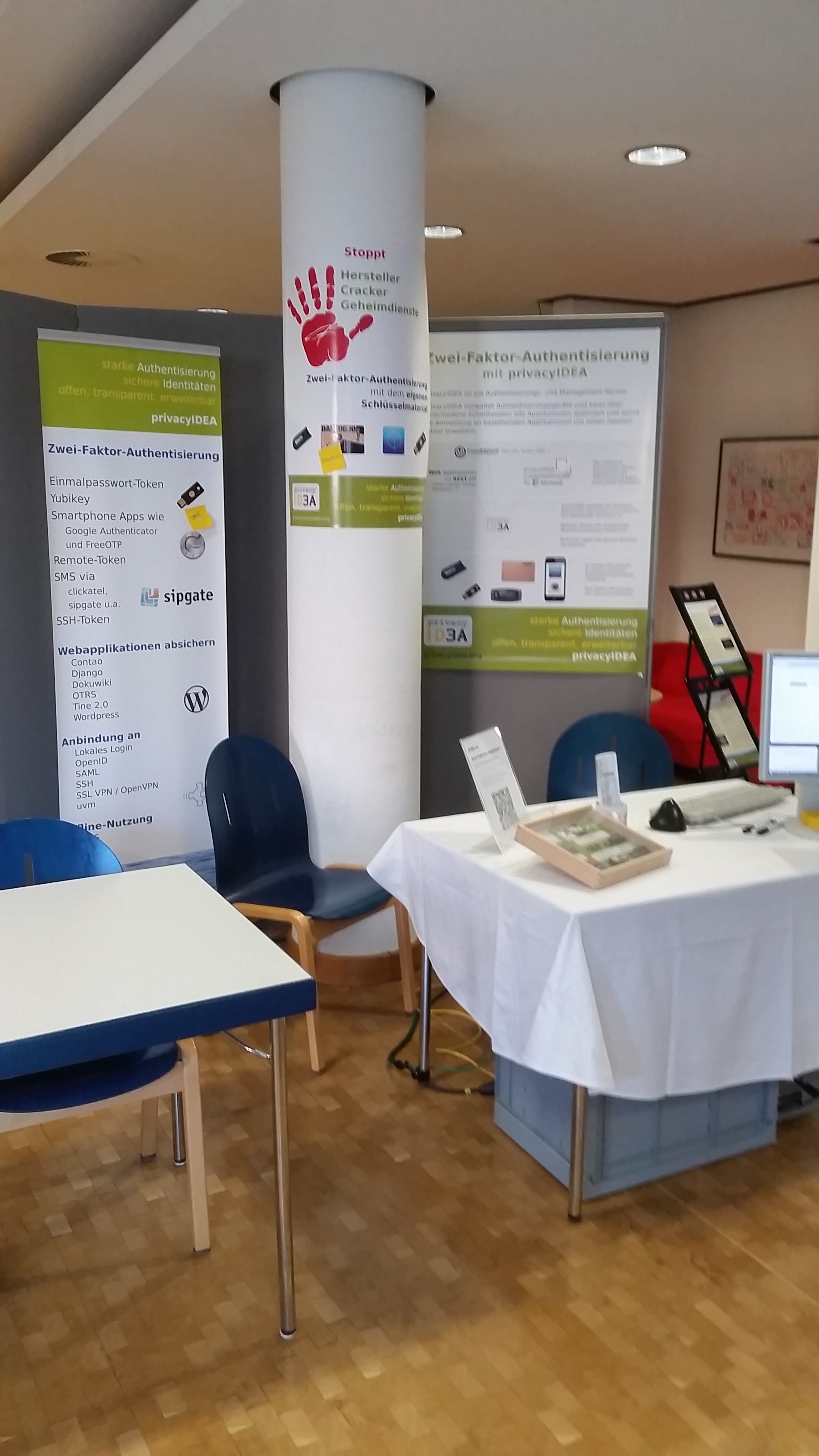 privacyIDEA has been at FrOSCon on August, 22nd and 2rd 2015 in St. Augustin, Germany. On Sunday Cornelius gave a talk (German) […]

privacyIDEA was started more than five years ago. It came a long way from a decent enterprise ready 2FA system to probably […] 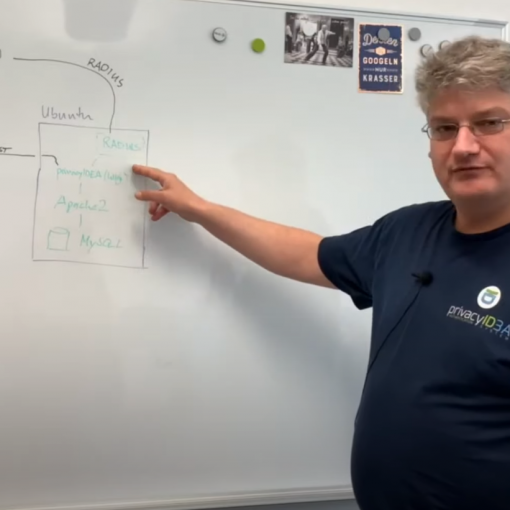 Start the discussion at community.privacyidea.org